Friends of Moyo
The bat hanging upside down laughs at the topsy turvey world. (Proverb) 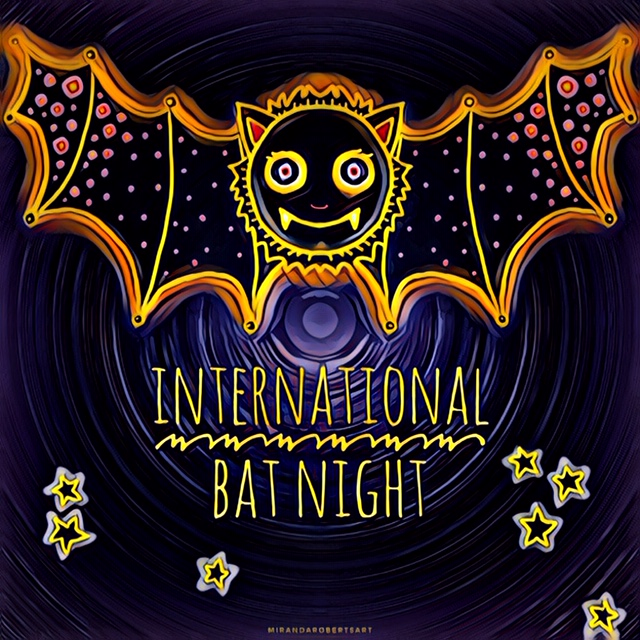 Tonight is International Bat Night so let’s show them some love… and really why not?
Apart from super cool facts like they live for about forty years,
and are the only mammals naturally capable of sustained flight (yes you read that last bit correctly), there is one MAJOR reason to love and appreciate bats:
in an hour, a single bat can eat over 1000 mosquitoes – that’s the equivalent of you or me eating 25 pizzas in one night.
Bats – I salute you!
I appreciate you.
I am batty about you! (Ok so maybe that’s going a bit too far… but seriously… let’s get a colony).
.
Oh and alongside bees and butterflies, they are huge pollinators… Some seeds will not sprout unless they have passed through the digestive tracts of a bat. Additionally, bats spread millions of seeds every year from the ripe fruit they eat. Approximately 95% of the reforestation of the tropical rainforest is a result of seed dispersal from bats.
(Source: https://www.factretriever.com/bat-facts)

The International Union for the Conservation of Nature (IUCN) currently lists 24 bat species as Critically Endangered, meaning they face an imminent risk of extinction. Fifty-three others are Endangered, and 104 bat species are considered Vulnerable. Bats also are among the most under-studied of mammals. The IUCN lists 226 bat species as “Data Deficient”– there is simply too little information available to determine their conservation status. Of the 1,296 bat species that have been assessed by the IUCN almost a third are considered either threatened (vulnerable, endangered, or critically endangered) or data deficient, indicating the need for more conservation attention to these species. The IUCN continually updates information on species assessments and numbers may vary slightly as new assessments are completed.
(Source: http://www.batcon.org/why-bats/bats-are/bats-are-threatened)

“International Bat Night was established to help promote the good image of bats, and to help start creating some clarity on the facts about them above and beyond the rumors and Hollywood image. While we often think of bats as nocturnal predators feasting on the blood of the innocent and harboring rabies, the truth is quite different. Yes, there are bats that feed on blood, but they mostly feed on insects and believe us, you want bats to be out there patrolling the night and helping eliminate them.”
(Source: https://www.daysoftheyear.com/days/international-bat-night)